With the current state of the reinsurance market—dropping prices, increasing M&A activity, influx of other capital sources, a lack of major CAT events—it’s more important than ever to make optimal decisions when it comes to managing your portfolio. Part of that equation, especially as structures get more creative and complex, is to have a solid understanding of the contracts you are modeling and ensure that they are being analyzed correctly. In this blog I’ll start with a couple of common reinsurance contracts, look at examples of how they might pay out, and discuss some things to watch out for when analyzing them.

Let’s start with something simple, a type of reinsurance purchased by virtually every insurer exposed to extreme event risk. Catastrophe (or sometimes just “CAT”) Excess of Loss reinsurance is generally designed to protect an insurer from especially large losses we expect to see roughly once in twenty years (or even more rarely) over the long term; typically, these are caused by natural or man-made catastrophes.

In a Catastrophe Excess of Loss treaty, the insurer pays their claims up to a certain level of loss, variously called a retention or attachment point (USD 200 million in the example in Figure 1 below). For losses above that amount, and up to some specified limit (USD 300 million in the example below, thus covering Insurer losses between USD 200 million and USD 500 million), losses are ceded to the reinsurer. Commonly, the insurer takes on a small participation, or proportional share of those losses within the reinsured loss layer (denoted by the blue slice alongside the grey layer in the figure below). This is done to reduce moral hazard; by taking a percentage of the loss themselves, the insurer lacks the incentive to relax its risk management practices.

In our example contract, the loss from the first event—$650 (denoted by the dashed red line in the second tower from the left)—exceeds the attachment point and exhausts the full limit. The reinsurer pays 90% of the USD 300 million limit, or USD 270 million, with the Insurer in this example retaining the rest. As this treaty has a reinstatement, the layer is again available for subsequent events. For the second event, loss is below the attachment point, and so there is no loss to the treaty. For the third event in the contract period, the loss exceeds the retention, but does not exhaust the limit, so the loss to the reinsurer would be (USD 350 million – USD 200 million)*90% = USD 135 million—and there still remains  50% of the layer’s capacity attaching at USD 200 million for any subsequent event(s).

What to watch out for: Reinstatements—essentially a second shot for the insurer to use the coverage even if they have already used their full limit on a previous event within that contract period. Catastrophe Excess of Loss reinsurance is generally negotiated with one reinstatement, so if the number of reinstatement wasn’t set to 1 before analyzing this contract, the reinsured loss for Event #3 in the example above would be incorrectly estimated to be zero.

Another increasingly common reinsurance structure takes the Catastrophe Excess of Loss a step further by allowing coverage for either one large event or multiple smaller but still significant events. This structure is called Top and Drop, and it bridges the gap between straight CAT XOL and Aggregate reinsurance (which would typically cover losses above some retention as they accumulate over multiple events). This provides the flexibility to be either depending on what happens, but at a lower cost to the insurer than having to purchase both. For a more in-depth and technical perspective on Top and Drop, check out this AIR Worldwide blog post. We’ll illustrate with a relatively simple example.

Below are three sample CAT XOL layers for an insurer with the setup that Layer 3 (the “top” layer) can “drop” if the bottom layer (Layer 1) is exhausted by an event.

In the first scenario above, since Layer 1 has been exhausted by the first event loss of USD 350 million (again denoted by the dashed red line), Layer 3 (the “Top” layer) will “drop” down and replace the now exhausted Layer 1 for a pre-negotiated number of subsequent events. However, in the second scenario, the loss breaches Layer 3, and therefore that layer is not available to cover the exhausted Layer 1. Again, the idea is that the structure gives protection against one very large event (using the original coverage in Layer 3) or two or more medium sized events (large enough to get into the reinsurance program, but not enough to hit the top layer). The advantage to the cedant is that they can obtain coverage against multiple significant loss scenarios using essentially the same reinsurance capacity, while also, in theory, reducing the price on the top layer as it does not get a reinstatement in this setup.

What to watch out for: Drop down terms—Proper estimation of loss to a Top and Drop setup requires knowing exactly what the new “drop down” layer will be, how many reinstatements the new layer has (this can be highly variable). In some cases, the size of the drop down layer can actually be larger than the original bottom layer.

What makes a reinsurance contract difficult to analyze? Elaborate terms and conditions can often be piled on top of one other, creating contract structures with various conditional dependencies that can be difficult to fully assess. To solve these challenges, Analyze Re features a “building block” approach to modeling financial structures by providing several common terms and structures, which can then be linked in a variety of configurations to form more complex structures. While Analyze Re offers several commonly used industry structures, such as a CATXOL and Top and Drop, clients can easily build their own interesting and complex structures to suit their financial modelling needs.

Hopefully you found this post informative and you learned a bit about a couple of very common, complex reinsurance structures. However, these are just two examples from a vast and varied world of reinsurance products. We’ll be covering more of these complex contract structures over time in this space, so let us know what you’d like to see us write about next by dropping us a note at info@analyzere.com or tweeting @analyzere! 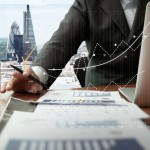 Next Insurance Fundamentals: How to Interpret Combined Ratios and Related Metrics